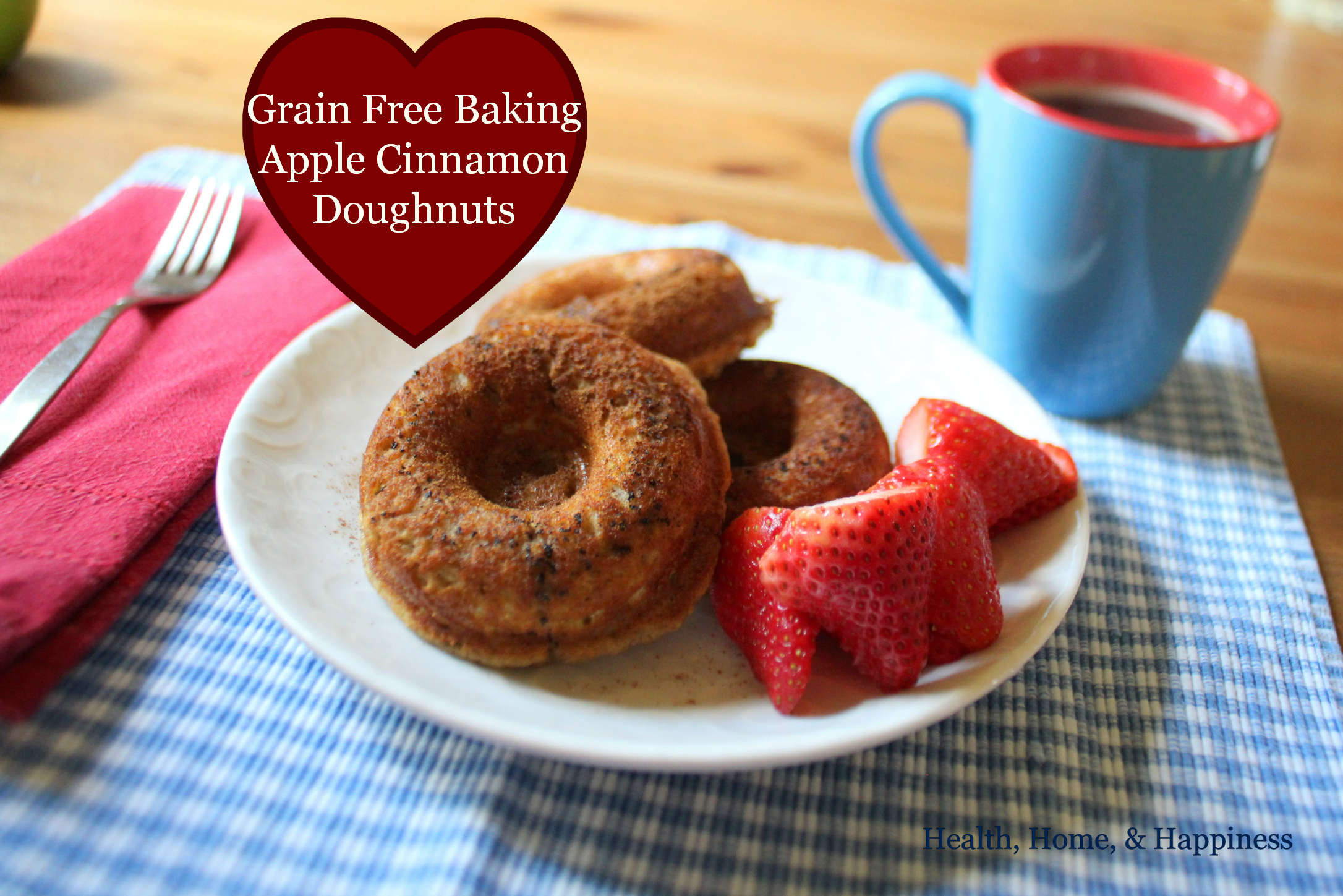 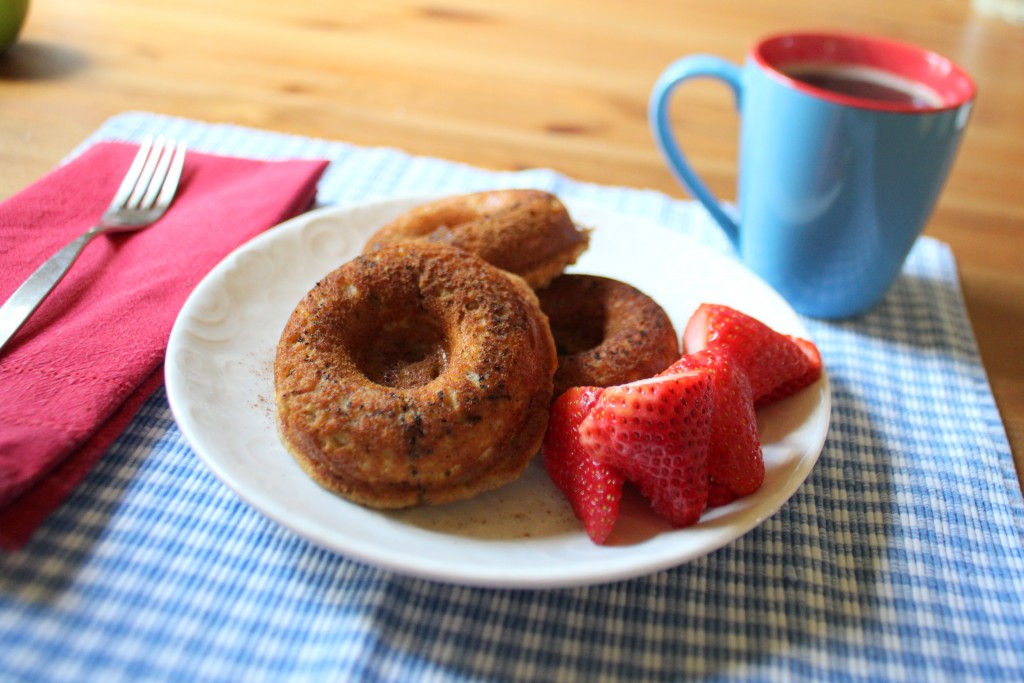 These Cinnamon Apple Doughnuts are sweetened with apple juice and a dab of honey. They’re delicious, my kids were so excited that we were making doughnuts!

They are delicious with something warm to drink and some sliced fruit. These are made in a nonstick pan; I will occasionally use nonstick bakeware for things I don’t make often (my waffle iron is nonstick as well) but for daily use I use stoneware, cast iron, glass, or stainless steel. 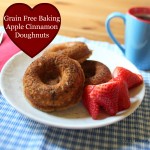 These donuts are a fun morning treat.  The donut muffin pans allows us to make donut shapes out of grain-free batter and without the mess of deep frying.

This wraps up our Grain Free Baking Week! See the other recipes we made here: Pineapple Upside-Down Cake, Apricot Almond Bars, Spiced Apple Crisp, and Apple Cinnamon Doughnuts. And read more about what the GAPS book says about sweets here.