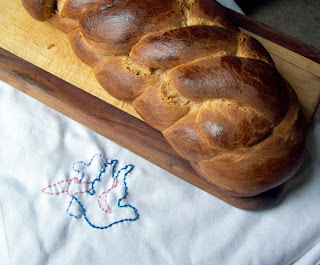 I adapted Monica’s challah recipe to be more ‘Nourishing Traditions style’ and have the whole grain flours soaked in an acid medium. We ‘soak’ our whole grains as a way to breakdown anti-nutrients and allow them to be better digested.  See more about that in my Soaked Wheat Bread post.  And read more about Monica’s Sabbath traditions including how she makes challah in this post.  We love this braided bread; the egg makes the texture moist, all the honey makes it extra sweet.

My recipe, adapted to soak and be dairy free if needed (the pictured one is dairy free): 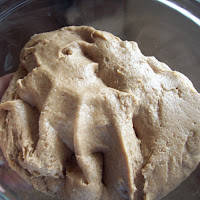 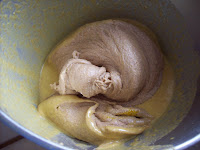 The next day, mix in the whole egg + other egg white, yeast, and salt.  If it’s too wet, add in unbleached white flour (the white flour doesn’t need to be soaked since the phytates are found in the part that’s removed during the refining process). I had to add in a little less than a cup.  You want the dough to be stiff enough to hold the braid- I tested it by rolling a ‘snake’ and seeing if it held together or not. 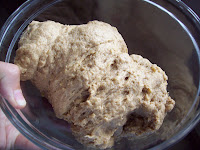 Allow to rise until doubled in bulk (a couple hours for me, less in warmer weather, more when it’s cool). 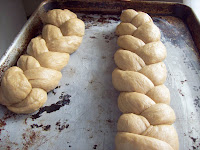 To braid, I followed the directions in A Family Guide to Biblical Holidays

– I made a bigger braid and a smaller one.  I greased the cookie sheet (I used butter, coconut oil would work) before braiding so they didn’t stick.  I’ve been avoiding showing you my well-used cookie sheets, but I decided to give up on that ;) I think my dad threatens to take a wire wheel brush to them every time he visits.  :) 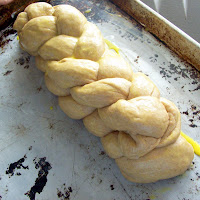 Squished the longer one a bit so they’re nearly the same size, then put the smaller one on top. Watered down the egg yolk that we saved with a tablespoon of water, and brushed the yolk mixture onto the dough. This gives it the pretty shine. 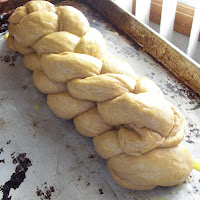 Allowed to rise again. I think I didn’t let it rise quite enough and that’s why part of the bread split during baking (does anyone know about that? It’s just speculation for me). I let it rise for a couple hours. Whole grain bread takes longer to rise than bread made with refined flour. It’s worth the wait. 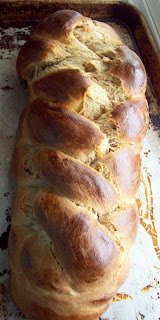 And baked, on the greased cookie sheet, at 350 degrees for half an hour, when it was nicely browned. For my whole grain bread (like this one) I have learned to leave it in the oven with the door closed to cool down- since I’ve been doing that I haven’t had any doughy centers to my breads. 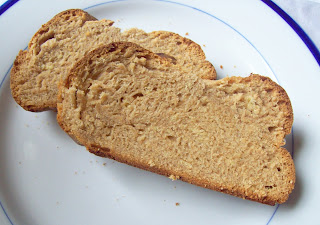 Sliced. See how the braids all combine together on the inside?