5 Signs You are Fat Adapted (Keto)

When people start the ketogenic diet, they often quickly notice a weight loss of 10 lbs, increased energy, lessening of anxiety and depression within the first week, along with less hunger and carb cravings.  These quick wins are so encouraging that it’s a no-brainer to stick with the keto diet.

Want to start the keto diet? Click here to learn more about how and why the ketogenic diet works.

Most people start keto and think it’s GREAT and have no problem continuing it.  But there’s more to come! Once you’ve been in ketosis for 3-6 weeks you get the additional benefits of being fat adapted!

What Does it Mean to be “Fat Adapted”

Being fat adapted, or keto adapted as it is sometimes called, means that your body has fully adjusted to running on fat instead of carbs.

Babies are in ketosis

Being in ketosis and using ketones is the natural state that we’re born in. During the 3rd trimester, even when the mother is not following a ketogenic diet, the body will produce ketone bodies which are used by both the mother’s and baby’s brains (source).  Studies show that babies that are breastfed slip in and out of ketosis easily, and most breastfed babies are in ketosis (source).

Once babies wean, whether onto formula or carbohydrate-rich food, their body uses glucose to as the primarily source of food for their brain and energy.  This is just the body becoming used to running on carbs – if babies wean onto a low carbohydrate diet, they will continue to prefer using ketones for energy and their brain even if they occasionally eat sugar-containing fruit or other food.

People are either carb-adapted (most people in the US) or fat adapted (those following a lower carb diet).  The body can used both methods for energy and to feed the brain, but after a lifetime of eating a carb-rich diet, the body will be conditioned to expect carbs more than fat.  By becoming fat adapted, we condition our body to prefer fat over carbs for fuel.

Why would you want to be fat adapted?

When you are fat adapted, you aren’t reliant on consuming carbohydrate regularly to feed your brain and muscles. Instead, your body is already in the state of burning fat so it can switch with ease from burning dietary fat (fat that you eat) to fat that is stored in your body.

Even at a healthy weight, being fat adapted is beneficial because the body always has food on board – if it needs more energy to run a marathon or just complete errands before lunch time, the body can seamlessly tap into stored body fat.

When you are fat adapted, you may feel hungry, but you won’t get ravenous hunger/light headedness that often accompanies being carb-adapted and hungry.

If your body prefers burning carbs

By contrast, if your body is used to eating carbs, it is common to get hangry (grumpy from hunger) due to hormones that are telling you to eat carbs SOON.

Insulin is also released regularly in those who are carb adapted, because the body expects to have to digest carbohydrates.  Insulin has quite a few functions, but two of the notable ones are that it causes you to be hungry  and it lowers your blood sugar level.

When you are always in a carb-burning state, as most of us in the US are unless we intentionally been low carb, your body will secrete insulin when it guesses you are going to be eating carbohydrates.  If we’re eating ‘small frequent meals’ with carbohydrates, insulin will be secreted all day long.

The problem with too much insulin is that insulin makes you hungry.

When insulin is kept high, you feel hungry even if you’re eating enough calories to maintain your body.  So if you have a lot of insulin floating in your blood stream, it is going to make you hungry all day long!

This is an appropriate biological response because insulin also lowers blood sugar – so if your body is producing lots of insulin because it thinks you are going to eat carbohydrates, you then NEED to eat or your blood sugar can drop too low.

Insulin works to lower your blood sugar, which carries the carbohydrates out of your blood and into your cells. This is necessary even on a low-carbohydrate diet – everyone has a need for insulin.  The problem comes when you need LOTS of insulin to digest carbohydrates that are eaten regularly and often. This can result in getting lightheaded or shakey or ‘hangry’ when you don’t eat.

When you are fat adapted, your body will still secrete small amounts of insulin, but it won’t secrete so much that you get lightheaded and grumpy – just enough to keep your blood glucose within the correct ranges.

Fat adapted sounds pretty good, right? So how do you know you are fat adapted?

Signs that You are Fat Adapted

If you’ve consistently been following a keto meal plan or program and been in ketosis (without cheats! You’re only cheating yourself…) for 3-6 weeks, you nearly always will be fat adapted.  That means your body stopped the insulin roller coaster and is producing ketones for energy all day every day.

When you start a keto diet your body is still thinking that it’s going to be getting carbs any minute now, and will switch back to carb burning if you eat a carb-heavy meal or more than 25-35 grams of carbs a day.

Once you’re fat adapted, you can eat ‘off plan’ for one meal every few weeks and your body will continue producing the beneficial ketones for you, even if you just ate carbs. You’re now a default fat burner! Keep up your keto diet the majority of the time, and you’ll stay fat adapted.

If you’d like to learn more about the keto diet, come to the free Starting Keto Webinar! Learn how to get the benefits of keto fast – and stay in ketosis with these easy tips and tricks so that you get the benefits of easy weight loss, reduced carb cravings, and more energy! 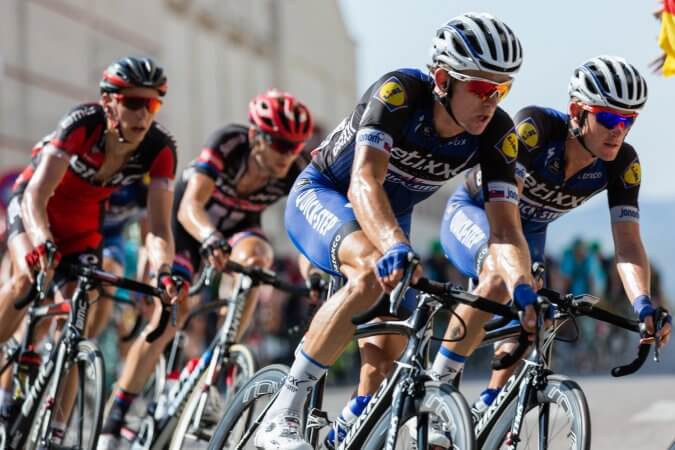 5 Signs You are Fat Adapted

When you’re fat adapted your endurance goes up because you’re brining along your own personal supply of fuel right on your body!  You may find you hit the ‘runners high’ faster and more often on keto, as your body is adapted to go and go and go by running on ketones.

When you are fat adapted, your body prefers fat as a fuel source and isn’t secreting insulin to ‘prepare’ to eat lots of carbs on your regular schedule. This means your blood sugar won’t tank due to the excess insulin, and you’ve got plenty of fuel to keep you going until your next meal.  Being able to go hours beyond when you’d usually eat is a sign that you are fat adapted.  You may have some hunger, but you aren’t becoming a grumpy bear or getting lightheaded due to low blood sugar.

3.  High carb cheats don’t mess you up as much

During your first month on keto, it’s important to not cheat so that your body can fully transition into fat-burning mode. If you do cheat, you’ll notice that you’re kicked out of ketosis within hours.  But after you’re fat adapted, your body is used to constantly producing ketones and it continues to do so – even if you have some fruit salad at a potluck, or some cake at a wedding.

Everyone’s tolerance for eating off plan will be different, I find for my daughter and myself that eating one meal (not one day – just one meal) off keto every few weeks is just fine for us.

When you start keto, you may be testing your ketone level with ketone strips.  These strips monitor the amount of ketones that are in your urine (or sometimes blood).  In the beginning, as you are becoming adapted to keto, you will probably get very high readings! This is because your body hasn’t been in ketosis in a long time, and it’s not sure how many ketones you need to keep your brain fed so it over produces ketones to make sure your needs are met.

Once you’re fat-adapted, your body has had time to adjust how many ketones you actually need so it stops producing so many ketones. This has nothing to do with how much fat you’re burning – burning more fat does not = making more ketones.  Where you once read ‘high’ ketones, you may only read moderate when you’re fat adapted because that’s all you need.

The less than lovely side effects of keto – your body has to excrete the excess ketones that it’s making during the adjustment period in some way, and you’ll smell them. Thankfully, once you’re fat adapted, your body produces way less ketones, and there is way less smell.

Tip: During the adjustment period if you notice your breath or sweat smells too much, drink more water. Drinking water flushes the ketone byproduct into your urine, where you can just flush it. If you’re not drinking enough water it will come out your sweat or lungs.

If you’d like help starting a keto diet, come join my Keto Family Class! We have weekly webinars where we walk through the first 5 weeks (and beyond) of the ketogenic diet – getting you from eating carbs often to being in ketosis within 24 hours usually, and then we keep you into ketosis for the full 5 weeks until you’re fat adapted. 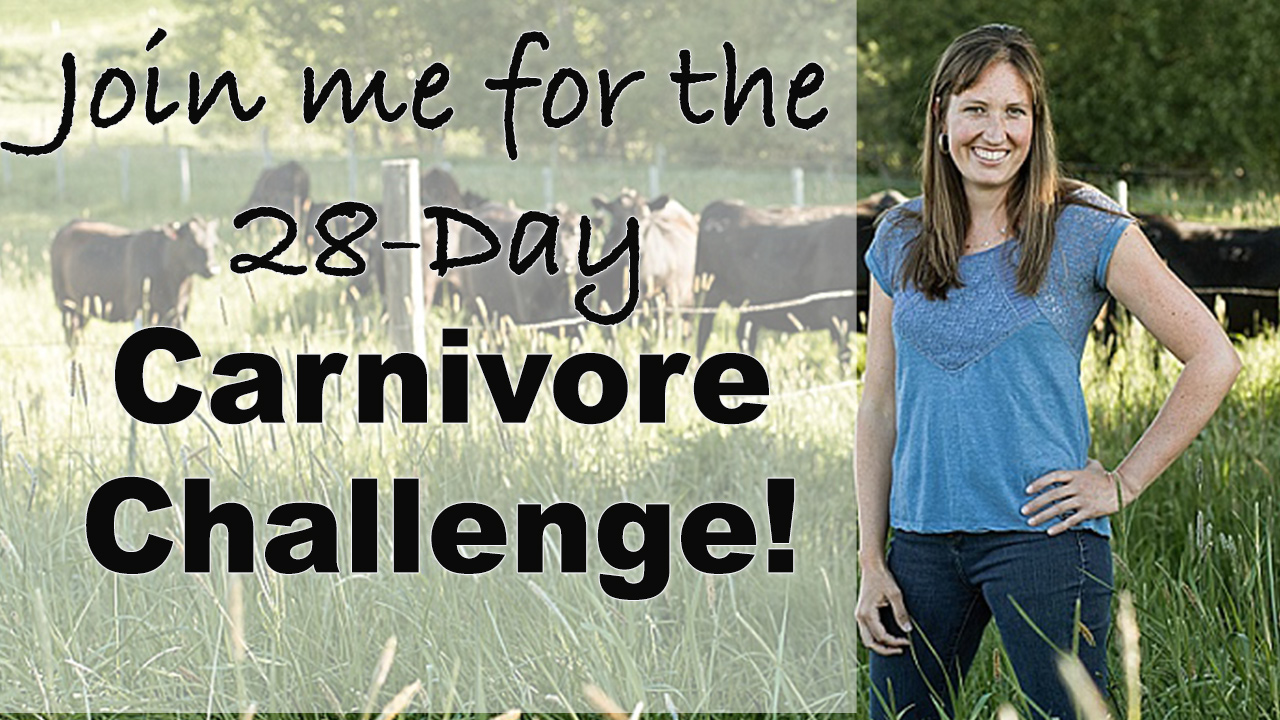