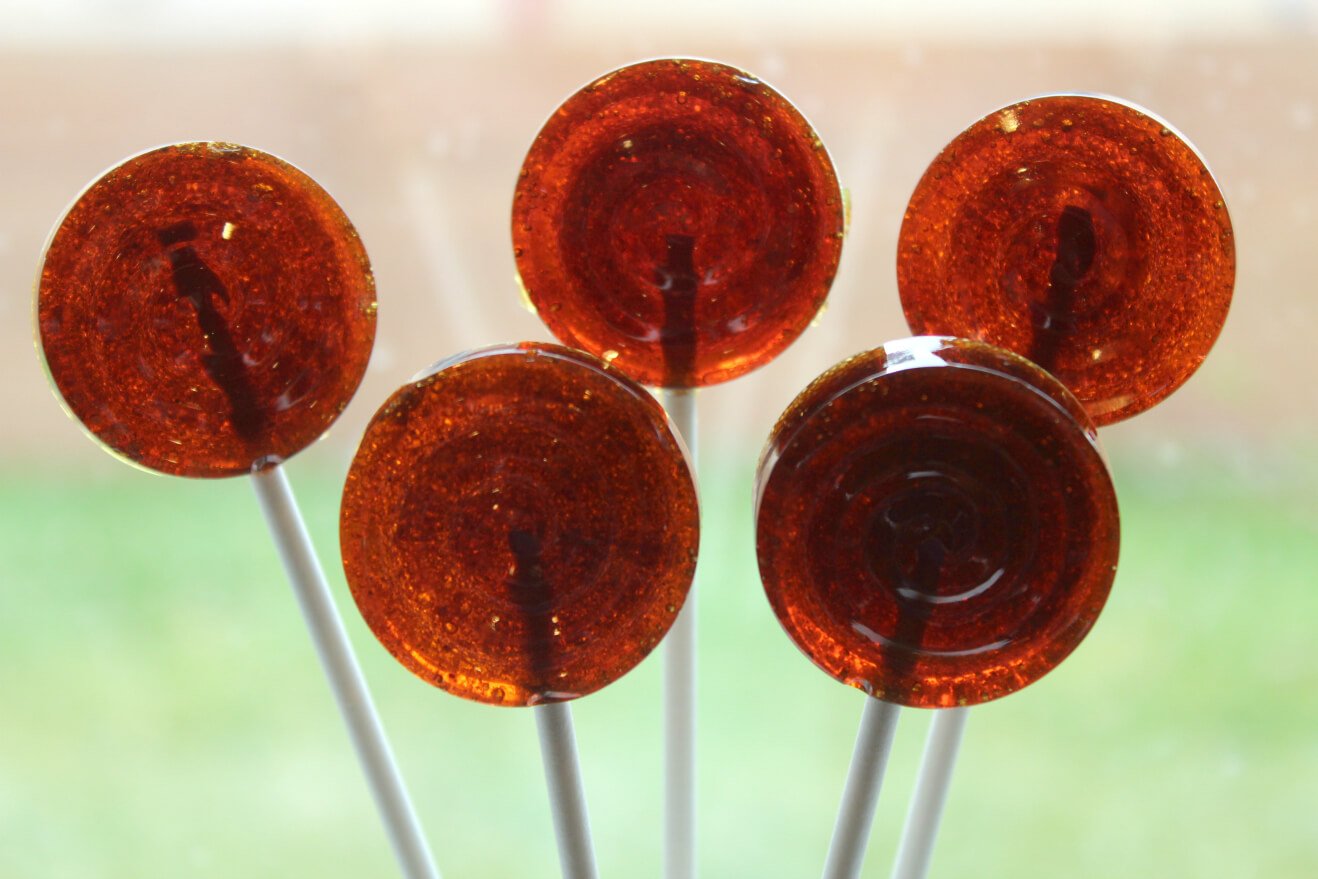 Honey-Cinnamon lollipops are a fun treat and use the same ingredients as our favorite cold remedy.  The honey and cinnamon combination has been used for centuries to combat an oncoming runny nose or other minor respiratory illnesses.  In addition to its health-boosting properties, these lollipops are simple to make, suitable for those on the GAPS Diet, and absolutely delicious!

These lollipops taste of crisp fall afternoons and are warming for cold winter days as well.  Because honey doesn’t set up quite as well as sugar, be sure to keep these pops in the fridge on parchment paper.  I line a small container with parchment, then layer the lollipops between layers of parchment for easy storage.

There doesn’t seem to be a cooking ingredient that does not come with some form of controversy, and cinnamon is no exception.  Cinnamon comes in two main types, Ceylon and Cassia.

Cassia cinnamon is high in coumarin, which has been linked with liver damage when consumed in high doses.  Cassia, unfortunately, is less expensive to produce and still provides the same cinnamon flavor, so has become common on grocery store shelves.

Ceylon cinnamon is more sweet and mild tasting than Cassia cinnamon, and has very low levels of coumarin.  If taking cinnamon medicinally, it is highly recommended to seek out the Ceylon variety. You can find Ceylon Cinnamon here.

Ground cayenne is used in our Honey-Cinnamon Lollipops to give it a kick (which is completely optional!). Cayenne provides a nice contrast to the sweet-fruity flavor of honey as well as sinus-clearing and inflammation-reducing properties.  Capsaicin is the part of peppers that gives it the spice, and cayenne is rich in this compound.

Cayenne is used medicinally for:

When choosing cayenne pepper, choose ground cayenne and purchase a small amount at a time, as a little goes a long way.  Cayenne is important to buy organic, as peppers are often sprayed with pesticides.  You can find organic ground cayenne here.

Learn the secrets to candy making without corn syrup here.

No, honey does not become toxic when you cook it. Read about that claim and the rebuttal here.