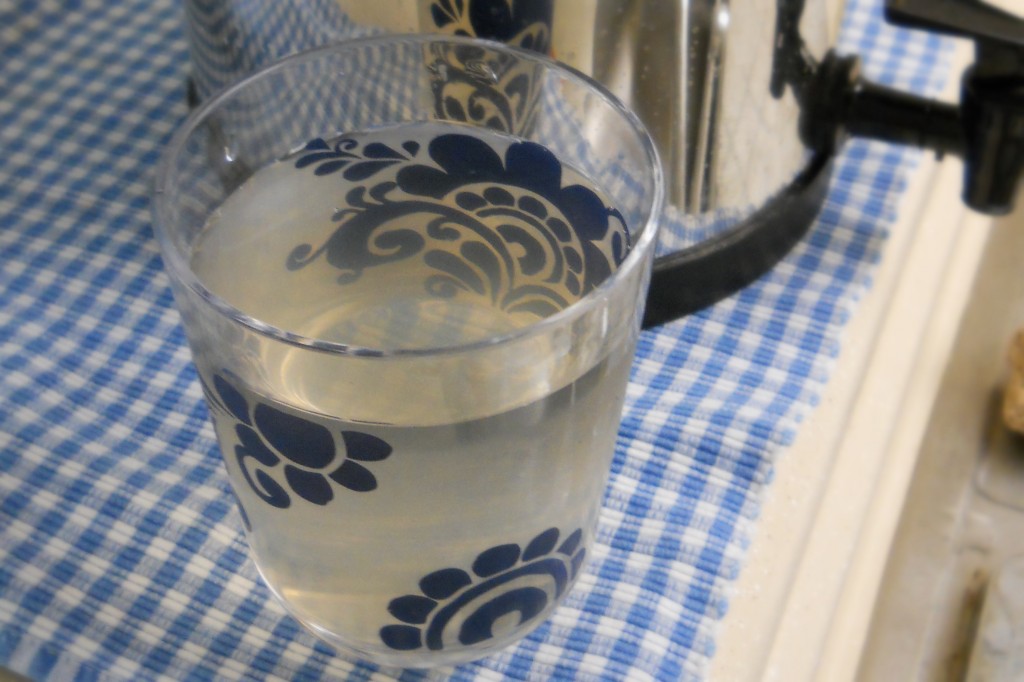 On page 153 in the new Gut and Psychology Syndrome Book Dr. Natasha recommends starting the day with some still mineral water with a bit of apple cider vinegar or lemon juice in it on the full GAPS diet.  This was one part of the GAPS protocol that I had never been consistent with.  It wasn’t until I was looking up natural cures for, ahem, PMS that I considered trying the daily addition of apple cider vinegar to my water.

Last month I tried adding apple cider vinegar to my water, at first it was a tablespoon in my first cup of water and I had to force it down, but as the month went by I enjoyed the addition so much that I drank a splash in each cup of water I drank, which worked out to being approximately 2 tablespoons a day.  I was happy to see that my cycle came and went with a big reduction of PMS symptoms (I absolutely cannot stand when I’m irritable and I know it’s hormonal!).  I noticed that my front teeth, which had become slightly transparent around the edges due to drinking too much coffee (yes, I started drinking coffee again! Keeping it honest…) started filling back in solidly.

As we’re in Arizona now, we need to be drinking lots of water in the summer. Adding the apple cider vinegar to it made it taste different than just plain water and prevented me from feeling ‘waterlogged’ if I drank a lot. 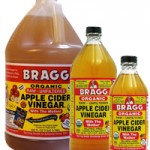 I used Bragg’s raw apple cider vinegar, 5% acidity.  I always prefer to take foods in their raw form when possible, 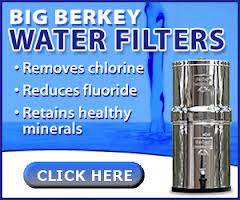 and apple cider vinegar is cheap, so it’s worth it to get the raw ‘with the mother’ version for added enzymes.

Vinegar is a cultured food, is thought to be pH balancing (something I’m first to admit I know very little about), and has been a traditional folk remedy for thousands of years.  When I told my midwife/friend that I was trying ACV daily she told me that both her grandmothers drank a shot of vinegar each morning ‘for good health’.

I’ve heard of people adding some raw honey to the vinegar-water, but I haven’t been doing that. We’ve been using less sweeteners since being on GAPS, we’ve been losing our taste for them.

Other symptoms which are thought to be helped by daily intake of apple cider vinegar:

I’ll post more about this later, but we purchased a Berkey Water System when we moved down here since Arizona fluoridates their water, and the water tastes awful.  Prior to purchasing the system we were spending $1/day or so on bottled water, and hauling around that many jugs of water is just a pain, so this investment has been great for us.  We bought the Travel Berkey with the extra fluoride filters, and have been very happy with it.  I thought I better note it here, since it’s pictured up top and I knew you would have questions!