by Cara | Do it yourself and save, GAPS Diet | 23 comments

I started my amino acid journey by desperately scanning the ‘depression’ section of the supplement shelves of Montana Harvest in Billings, Montana. (I was having some major stress in my life at the time). With a wiggling toddler on my hip, I grabbed a bottle of True Calm and a few different herbal remedies and made my way up to the cash register.  I tried all three supplements on different days, and True Calm, which is primarily made of the amino acid GABA, was the one that worked, and it’s what I stuck with.

Amino acids work by correcting a deficiency.  In my case, I had been stressed for quite a while, and most likely the amount of stress was depleting the amount of GABA in my body faster than my body could produce it.  Aminos pictured above are ones that your body should be making from the amino acids found in meat, dairy, legumes, and other protein rich food, but occasionally it may not be making enough.  This can happen because you’re not eating high enough quality proteins, are using more aminos to stabilize your mood than a typical person (if you’re under a lot of pressure or stress),  or your digestion is poor so you’re not actually getting everything out of your food that you should.

Taking GABA didn’t solve all my problems, but it did make me much more calm, and allowed me to stop feeling like I was on edge all the time. 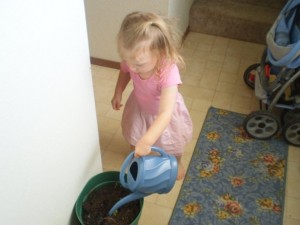 The day after I started taking True Calm, I watched my daughter (she had autism at the time) pitch one of her regularly scheduled every-30 to 90-minute temper tantrums as she came down the stairs in our small two bedroom apartment.  As she was thrashing on the floor, over something that nobody was going to be able to change,I realized that she was acting how I felt prior to amino acid therapy (keep in mind I never did have a physical temper tantrum- but the thought process was surely all there up in my head!).

So as soon as she was down for her nap, I headed back up those stairs to research amino acids for autism on the computer. And lucky me, I found a double blind placebo controlled study on them! Beautiful!  That is my favorite kind!

After my daughter’s nap, I bundled both kids up, stuck them in the car, and made it down to Montana Harvest again, where we purchased a $33 bottle of L-Carnosine.  It didn’t cure autism, but as it says in the study, it did make a noticeable difference in the severity of symptoms and frequency of the tantrums.

The goal with amino acid therapy is to correct a deficiency, so after a few months I didn’t need True Calm any more, and it took a little over a year for her to not need L-Carnosine (which was welcome, as it’s expensive!).  We still have it in our cupboard and use them if we’re going through stress (moving, starting a new school year, etc) and transitions.

Other Amio Acids and Their Uses

We’ve used other amino acids too, after seeing the results that we got with those two.

DLPA to quit coffee (which I’ve started again, but have the ability to quit if I want to).

L- Carnitine for muscle tone is a common treatment in the mitochondrial disease community, and we’re about to start it back up again because Hannah has low tone. 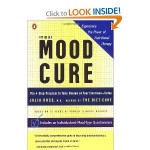 The book The Mood Cure talks about many more amino acids.  I really liked the information in her book, but we didn’t follow her protocol exactly- I don’t like to start more than one new supplement every 2 weeks, and she called for multiple at once.  But it may work for you, it just didn’t work for me.

Dosage and administering to toddlers

I started with just one cap for my toddler, and increased it by one every day until I felt like she wasn’t getting any more benefit.  After we had been using the aminos for a couple weeks, I could see it kind of ‘wear off’ (more accurately would be ‘be used up’) and then I’d give her more when needed.  I tried giving her True Calm (GABA) and it didn’t affect her at all, which I took to mean that she really was deficient in L-Carnosine, and I was in GABA, so these were correcting a deficiency.

For her this ended up being 3 capsules twice a day. I would open the capsules and put them in her sippy cup with homemade juice since we were on the GAPS diet.  I could also stir them into soft foods like apple sauce and pureed squash.  They do have a taste, but it isn’t bad.

I feel that amio acid therapy is a good therapy for many families with mood or behavioral challenges to try, it’s relatively inexpensive, low risk, they’re easy to administer, and there are studies on some of the amino acids.

As always, I’m just a mom, and not in any way am I considered a medical professional. Always check with a qualified practitioner before starting or changing any nutritional or supplemental protocol.