Magnesium and Sulfur For A Better Night’s Sleep

by Cara | Do it yourself and save, GAPS Info, Keto, personal care, Special Needs & Disability, supplements | 7 comments 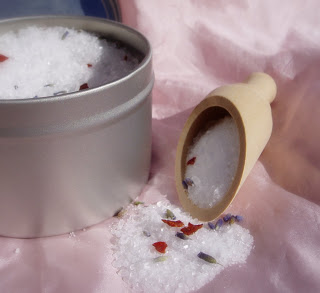 When it comes to nutrient deficiencies, it is likely that our diets are too low in both sulfur and magnesium.  If our diets contain plenty of these minerals, our less-than optimal gut health may be preventing them from properly being absorbed.

What are the signs of magnesium deficiency?

What are the signs of sulfur deficiency?

Where do we traditionally get these minerals?

People have varying ability to absorb magnesium through their intestinal tract. (source)
This is why I’m such a big proponent of addressing gut issues instead of addressing external symptoms- a healthy digestive tract should be able to absorb needed nutrients from whole foods.  An unhealthy, or leaky, gut will not extracted needed nutrition from foods. My gut-healing protocol of choice is the GAPS Intro diet, though just adding probiotics and eliminating grains and inflammatory foods can also help loads.
Dietary sources of magnesium include: Almonds, spinach, cashews and other nuts, avocado, fish, milk, chicken, beef, broccoli, and other foods. (source)
Sulfur we typically get from amino acids, both from dietary intake and manufactured within our body from nonessential amino acids.  To manufacture sulfur ourselves we need to make sure we have adequate amounts of fatty acids, selenium, zinc, vitamins E and C, magnesium, and antioxidants. (source)
Of the proteins we eat, only one contains sulfur, and it only contains 2% sulfur.  We also get trace amounts from sulfur containing vegetables: Broccoli, garlic, and onion as well as eggs, meats, and fish. (source)
Processing Tylenol (acetominiphen) out of the blood stream requires sulfur, so use of this medication can deplete sulfur from the body. 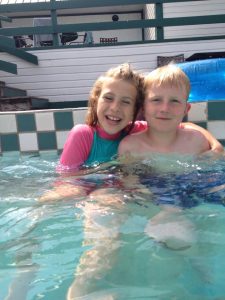 Natural hotsprings are a great source of not only sulfur and magnesium, but other trace minerals

Epsom salt for magnesium and sulfur

Epsom salt is an inexpensive and easy way to get both magnesium and sulfur, which helps many people sleep, with general aches and pains, muscle cramps, recovery after workouts, and more.

Traditionally, bathing in hotsprings that have sulfur has been a remedy for general illness, recorded as early as 7 BC (source)  If you can get to a natural hotsprings regularly, that is a great way to get extra minerals into your body.  Many people find that they sleep deeply after a trip to the hotsprings, and that general aches and pains are relieved.  Hyperactive children are often calmed after a hotsprings trip as well.

Bathing in Epsom salt is an effective way to get both magnesium and sulfur, and can replicate the hotspring environment easily and inexpensively.  This transdermal application (through the skin) is gentle, effective, and safe (source), and bypasses the digestive tract, which can be helpful for people who get diarrhea from oral magnesium.

We like to use healing bath bombs to easily add needed magnesium and sulfur to our baths.  Another option is to add 1/4 to 1 cup Epsom Salt to warm bath water and stay in for at least 10 minutes.  If you don’t like baths, consider a foot bath, or just plugging up the tub while you shower and allowing your feet to absorb the magnesium and sulfur.
Looking for a fun and fizzy way to get the healing power of epsom salt?
Click here for healing homemade bath bombs.

To ingest magnesium, the bioavailability of magnesium is low in Epsom salts.  You will have better absorption, be able to take less, and see more benefits when you take the form that is specifically designed for easy absorption through the digestive tract.

Bioavailability: the proportion of a drug or other substance that enters the circulation when introduced into the body and so is able to have an active effect.

You can find capsules of magnesium with high bioavailability here, and chewables here.

My first child had major trouble sleeping.  As a first time parent, I expected it for the first few months, but as the sleeping trouble continued beyond toddlerhood I became desperate.  On average, she would nurse to sleep when I went to bed at 10, then be up at midnight and nurse back to sleep, be awake for an entire 2 hours from 2-4, and then fall back asleep and sleep until 6 am.  This wasn’t just the newborn period- this was when she was 2 years old and had continued from birth.
I tried all the conventional sleep hygiene practices. I purchased books on sleep. We did quiet activities after 4 pm.  We tried an earlier, then later bedtime. A consistent bedtime routine was used for months. We covered the windows in foil, tried having her in our bed, in her own bed, in our room, out of our room… But still the night wakings and inability to fall asleep continued.
When a child has trouble sleeping, their brain development, impulse control, overall mood, immune system, and growth is all affected, so I was concerned.

A health-minded friend who shares a lot of her health related research with me suggested that I try supplementing my one of my children with magnesium.

Being wary of supplements, especially in young children, I saw that you can get magnesium through an epsom salt bath instead of orally. The next time I was at Walmart I bought a container of epsom salts and dumped the whole 2 cups or so into her bath.

That night she slept all the way through the night! It was the first time in her entire 3 years of life.  It was from 10 pm to 6 am, but it was an amazing improvement from her previous years of not sleeping in more than 2-hour stretches.

Since then we have been using epsom salt baths (and trips to hotsprings!) to help her sleep. We also use tart cherry juice to naturally raise melatonin in the body. Starting the GAPS diet finally allowed her to sleep completely normally, and now at 10 she sleeps 11 or 12 hours every night, with minimal waking.